[one_half]
This video contains extracts from the first of what will be a series of classes about how The Wheel of Segais can be used to plot the paths and cycles, of your projects, your relationships, and your life through the four stages of Initiation, Emergence, Maturation and Manifestation.

You can purchase the full recording of the class here. 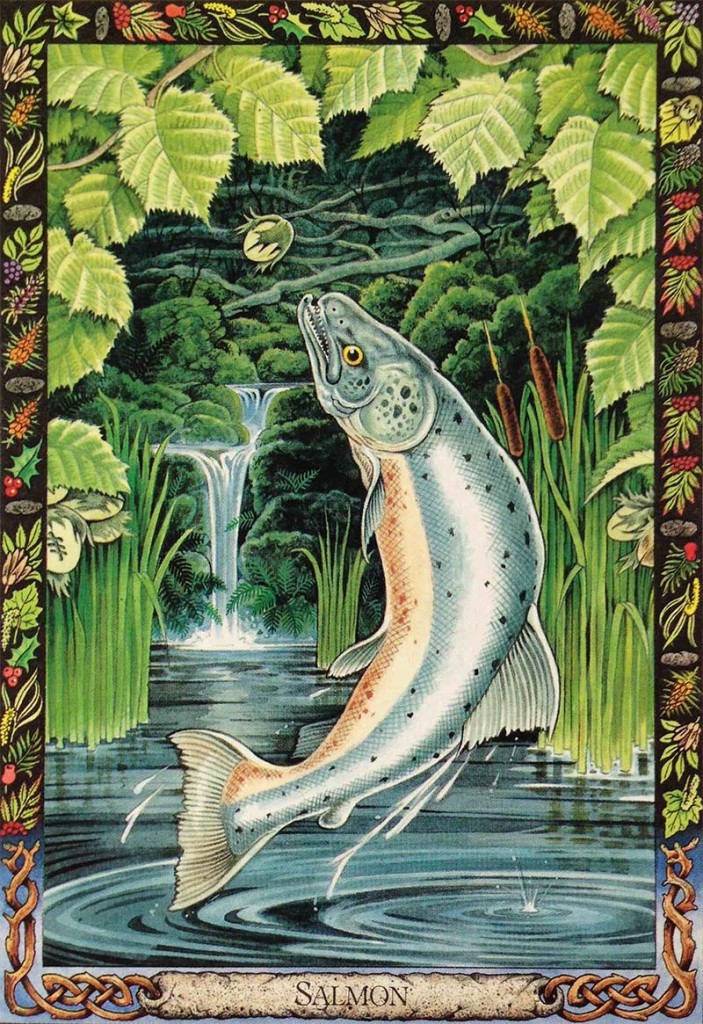 The Wheel of Segais is both a divination tool and a simple but profound template for understanding the innate nature of the universe and our place within it.  It is my own creation and came to me in a flash of inspiration (awen) supported by over twenty years of study in Druidry (Order of Bards, Ovates & Druids, UK), the Four Elements / Four Seasons (Dimension 33, Australia); the 12 Archetypes or Wisdoms and many years as a Career Consultant  – “Get a Life – It’s Yours”.

I awoke one morning and in that magical time between sleeping and waking, all that knowledge and wisdom came together in a beautiful, simple image that I now call The Wheel of Segais or, sometimes, The Wheel of Inevitability!  The wisdom contained within it allows us to perceive all that we are and all that we need as we experience the turning of the wheel of the year – the Four Seasons, the 12 stages, the circles of Past, Present and Future, the ‘Guardian Angels’ who protect the outer circle, and the Well itself in the centre.

Even the seasons form a great circle in their changing, and always come back again to where they were.  The life of man is a circle from childhood to childhood and so it is in everything where power moves.  Our teepees were round like the nest of birds, and these were always set in a circle, the nation’s hoop.

The Wheel of Segais is a splendid divination tool but I also use it as a way to understand the cycle of all things be it a project, an intention, a life, a relationship, a business, etc. and I run workshops on The Wheel without the word ‘divination’ ever being mentioned! 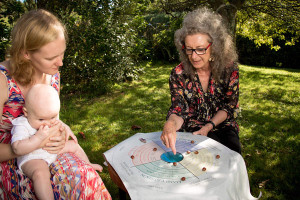 As well as doing personal sessions, I run monthly ‘Wheel’ workshops here in New Zealand teaching a different stage or segment each month in sync with the seasons and our own OBOD seasonal festivals.  They expand on the Four Elements workshops I have taught previously.  There are three stages in each quadrant and I have called them, “From Samhain to Imbolc’, ‘From Imbolc to Beltane’, ‘From Beltane to Lughnasadh’, and ‘From Lughnasadh to Samhain’.  The students at these workshops can do readings but, more importantly, they are learning to plot the paths, the cycles, of their projects, their relationships, their lives, through the four (inevitable) stages of Seed/Fire/Winter (Initiation), Nurture/Water/Spring (Emergence), Cultivation/Air/Summer (Maturation), and Harvest/Earth/Autumn (Manifestation).

I call it The Wheel of Segais because I love the story of the Well of Segais and the Salmon of Wisdom.

The Well of Segais is the Otherworld source of the Boyne that some say lies in the navel of the Goddess Bo-Ann.  It is a deep pool, surrounded by the Nine Hazels of Inspiration. The Hazel nuts ripen and fall into the pool where the Salmon of Wisdom eats them. She cracks their shells and the empty shells float off, down the many streams that flow from the Well of Segais. It is said that one may never be wise until one has drunk from the Well of Segais.

So when I am doing a reading, this is how I introduce it:

High in the magic mountains, wherever those magic mountains are for you, there is a magic pool called The Well of Segais.  Around the Pool grow nine hazelnut trees and when they cast their hazelnuts into the Pool they are eaten by the Salmon of Wisdom.  So if you have a question for the Salmon of Wisdom, then cast these nine hazelnuts above the Pool at the centre of The Wheel of Segais and let us read the Wisdom of the Wheel.